They summarized 10 rules for conducting critical discussions with a number of very good point of elaboration to explain each rule and the fallacies each tended to prevent.

For anyone who wants to engage in critical discussions, critical decision-making, in accordance with perhaps the most advanced methods that exist in the field of argumentation and debate, I recommend this highly. It is much easier to identify and apply 10 rules to use rather than to identify and reject dozens of fallacies.

These ideas are fabulous. I recommend the entire book as well.

The Ten Rules for a Critical Discussion by Pragma-Dialectics

1. Freedom rule
Parties must not prevent each other from advancing standpoints or from casting doubt on standpoints.

2. Burden of proof rule
A party that advances a standpoint is obliged to defend it if asked by the other party to do so.

3. Standpoint rule
A party’s attack on a standpoint must relate to the standpoint that has indeed been advanced by the other party.

4. Relevance rule
A party may defend a standpoint only by advancing argumentation relating to that standpoint.

5. Unexpressed premise rule
A party may not deny premise that he or she has left implicit or falsely present something as a premise that has been left unexpressed by the other party.

7. Argument scheme rule
A party may not regard a standpoint as conclusively defended if the defense does not take place by means of an appropriate argumentation scheme that is correctly applied.

10. Usage rule
A party must not use formulations that are insufficiently clear or confusingly ambiguous and a party must interpret the other party’s formulations as carefully and accurately as possible.

Also referenced in the Wikipedia Article on Pragma-Dialectics

Here are six pages that describe these rules and how to apply them: 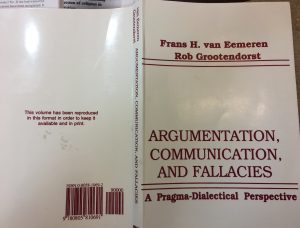 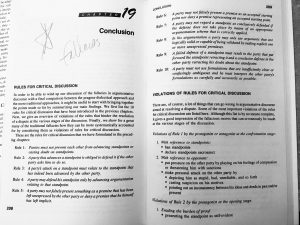 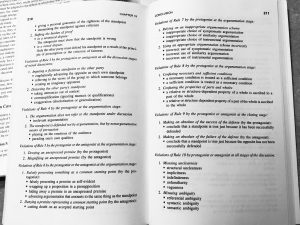 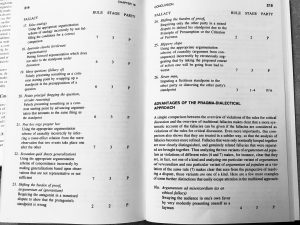 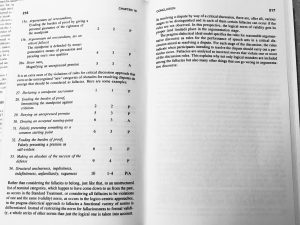